- Window-based software is more prone to stability issues, hacker issues and requires firewalls.
- Linux-based software is comparatively low-maintenance.
- When PCs play a bigger role in the recording and movement of data, the processing power is of greater importance.

In IP-enabled environments, management software is just as important as any piece of hardware. Windows-based software is easier for R&D, and thus usually has more advanced functions than embedded software. On the other hand, Window-based software is more prone to stability issues, hacker issues and require firewalls. “Firewalls aren't necessary with a Linux-embedded system,” said Andrew Yu, Security PM at Qnap Systems. “It's a little more difficult for R&D, but for end users, it's much less likely to attract hackers or viral infections.”

The firewall may conflict with third-party VMS, however. “For daily operation of a PC plus servers, there is a risk that the firewall or anti-virus software may crash with the recording function,” said Ricky Law, Sales Engineer at Ensec Solutions. There may also be compatibility issues between the management software and the PC's operating system (OS). “This can only be solved through firmware updates from the manufacturer. Even then, the firmware may not be stable and may require the system integrator's constant attention or frequent adjustment.” 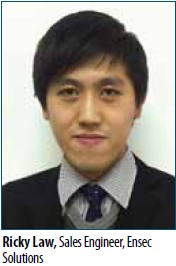 Another problem that could arise is that VMS developers may stop updating their software. “System upgrades or expansions, which might be needed for extra functions or new cameras, could become challenging,” Law said. It would be more difficult for end users who only have basic IT knowledge to solve these problems.

Linux-based software is comparatively low-maintenance. “With a hardened Linux OS, the service and maintenance cost for a video server is close to nothing, because a software update is the only requirement when the end user wants the latest video features,” said Stephan Beckmann, Video Product Marketing Manager for EMEA, American Dynamics (a Tyco Security Products company).

Power Play
PC capabilities should also be taken into consideration in installations with client-server architecture. If the PC is just a client, then the failure of that PC will not affect the main recording and storage. This is helpful as users' PC habits can be unpredictable. "Sometimes, we don't know what the user will use on that PC," said Aaron Yeh, Sales and Marketing Director for Surveon Technology. "If the user runs a lot of applications on the same client, this can cause the client to crash. A modularized design, however, will not impact the recording server."

But if the processing power of the hardware within the monitoring station is not enough, users may attribute lag to the system, when actually the PC is at fault. “One of the most underrated issues is the processing power of the computerused to monitor video streams,” said Florence Shih, GM of Thecus Technology. “Displaying dozens of cameras on four to six screens requires a lot of CPU power than most would expect, and users may experience a major system slowdown, but when in fact, it's a simple lack of processing power from the monitoring station.” 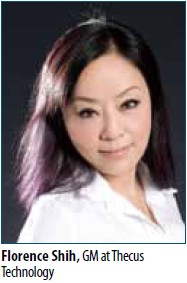 When PCs play a bigger role in the recording and movement of data, the processing power is of greater importance. “High-end PCs are required for deployment in a complex environment, as performance of management software is heavily dependent on computing power,” said Syo Luo, Product Specialist at Synology. In such cases, splitting functions among different PCs is advised. “To reduce loading, some solutions provide two PCs to perform live view and recording, respectively.”