- An important step is to buy or borrow one and test it prior to large-scale deployment
- Check to see how many video streams are coming out of the camera, as well as total bandwidth and storage requirements.
- The biggest question concerns the true resolution and performance of lenses, since they impact not only panoramic and 360-degree cameras.

Before purchasing, users should always review the data sheet carefully, William Ku, Director of Brand Business for Vivotek advised. “Because these cameras are different from regular cameras, you need to consider if the cameras can fit in the total solution.”

If the manufacturer provides actual camera footage, users should check if it fits their specific needs, since the quality will vary greatly, Ku continued. “Finally, an important step is to buy or borrow one and test it prior to large-scale deployment to make sure the image quality is appropriate, the recording and live viewing work well and the processing power and bandwidth consumption are acceptable.” 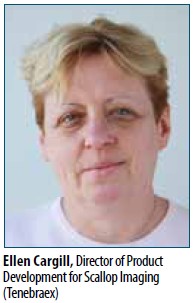 Pixel density should also be examined to see whether it fits the user's needs, Ellen Cargill, Director of Product Development for Scallop Imaging (a division of Tenebraex) said. “Also check to see how many video streams are coming out of the camera, as well as total bandwidth and storage requirements."

Other considerations are ceiling height, distance from interest and monitoring objectives, said Patrick Lim, Sales and Marketing Director for Ademco Far East (an Ademco Security Group company). “Does the camera have enough resolution to do what is needed? Once the area of interest becomes too big, information will be diluted and even with 360-degree cameras, you may end up not seeing what is needed.”

The biggest question concerns the true resolution and performance of lenses, since they impact not only panoramic and 360-degree cameras, but all megapixel, said Dave Nieweg, VP of 3xLogic. “No one realizes the limitations of cheap lenses, and there is no easy way to qualify or measure true lens performance or resolution, so everyone is in the dark.”

Few fisheye lenses have resolution above 2 to 3 megapixels at most, Nieweg added. “People understand lens differences when they buy eyeglasses, and they spend more to get better quality optics. Many people in the security industry overlook these things. They buy an all-in-one, 360-degree camera with a poor quality lens and so the picture sucks. Then they think 360 is a bad idea.”

However, a 360-degree lens is only one piece of the solution. “The technology behind dewarping the image is more important than then the hardware,” said Richard Pineau, CTO at Oncam Global. Customers should also be wary of high frame rates.

Frame rates of 25 fps from the analog world are no longer necessary, said David Myers, CTO at AMG Systems. “The ultra-wide 360-degree field of view makes it unlikely, even for fast moving objects, to escape undetected. 12 fps is more than enough for live viewing, while 4 fps is perfectly normal for high-resolution recorded streams.”

Another area of exaggeration is low-light performance. When manufacturers with good reputations claim a certain lux level, they measure the ambient light in a scene, Cargill said. “However, what many low-light camera manufacturers claim is the lux level at which their sensor can first detect a minimum signal over pure black, not a level at which you get a usable image without auxiliary lighting. Hence the absurd claims that cameras have low light capability of 0.001 lux, which is darker than an overcast moonless night under a forest canopy.” 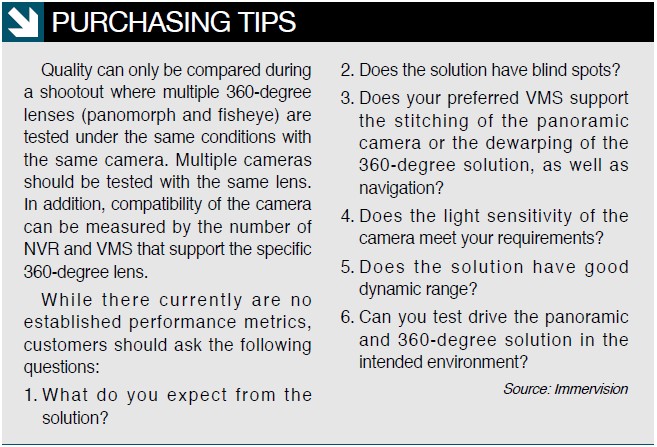 Furthermore, customers should always ask at what frame rate or exposure time they are getting to achieve that performance. “Everything is a tradeoff. If someone offers you something magical for no cost, something was lost,” Nieweg said.